Two impressive diamonds — one weighing 101.36 carats and the other 81.38 carats — are set to go under the hammer tomorrow at Christie’s Important Jewels auction in New York City. 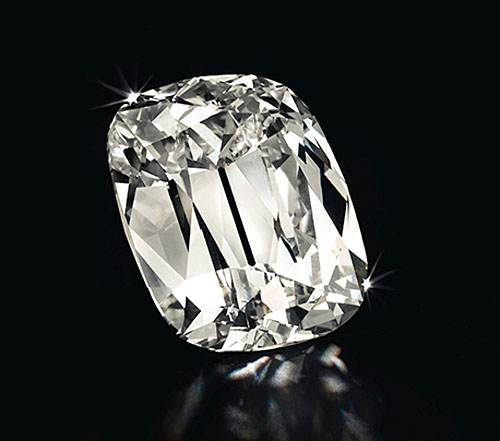 As Christie’s kicks off its fall season with 350 lots, the one with the highest pre-sale estimate is a platinum pendant necklace featuring a cushion-cut diamond weighing a staggering 101.36 carats. 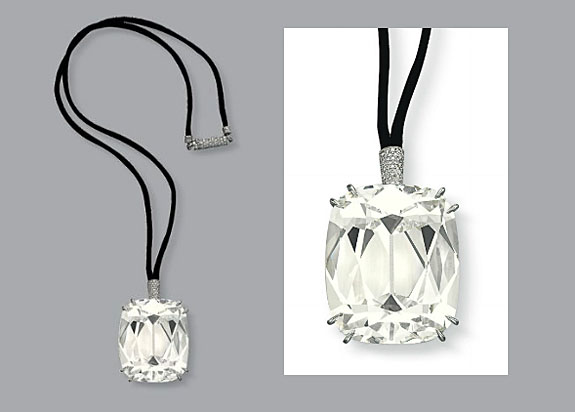 Expected to fetch from $4.25 million to $6.25 million, the L-color, VS2-clarity diamond is suspended on a simple black silk cord with pavé-set terminals crafted in platinum. The Gemological Institute of America reports that the stone has excellent polish and symmetry. 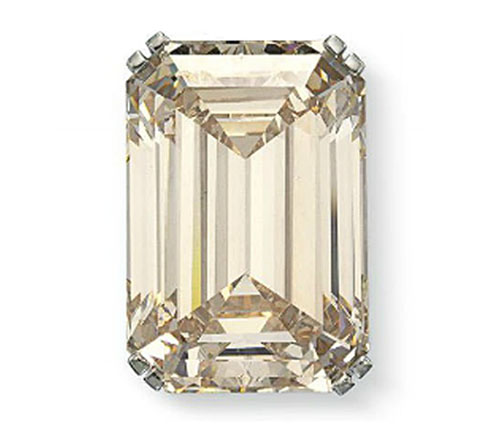 Tomorrow’s co-headliner is an eye-popping pendant necklace highlighted by a near-flawless 81.38-carat diamond, which is the largest diamond dangling at the end of a detachable pendant.

The stone was given a K color grade and VVS1 clarity rating by the GIA. It also earned a supplemental letter from GIA stating the diamond has been determined to be Type IIa. The rare Type IIa rating means the diamond is chemically pure and displays an exceptional optical transparency.

The detachable pendant is set with three rectangular-cut diamonds weighing 81.38, 15.30 and 7.04 carats, respectively. Each is spaced by smaller round diamonds. The neckchain sparkles with an impressive array of 17 round diamonds — the largest weighing 15.46 carats — spaced by rectangular and square-cut stones. The diamonds are set in 18-karat white gold. The necklace carries a pre-sale estimate of $2.8 million to $3.5 million.

Christie’s International Jewelry department has been on a roll in 2014. The first half of the year saw eight new world auction records and jewelry sales of $362 million.

Christie’s New York Important Jewels event will be held at the company’s Rockefeller Plaza salesroom in the heart of the city.